* In case of any delay in receiving the OTP, you may verify it later. Please proceed without verification.

Enter your City name or Pincode

Bhuban city of Odisha under the sub-division of Kamakshyanagar is known for its brass and metal crafts. The city is part of Dhenkanal district and has contributed in national movement. It is hailed by many as birthplace of "the youngest martyr of India", Shaheed Baji Rout. In the year 1938, he was shot at Nilakanthapur region of this place. The city enjoys a great cultural diversity with people belonging to different sects living at this place. One can reach at Bhuban city by road or train because it has connectivity with several major places of Odisha. 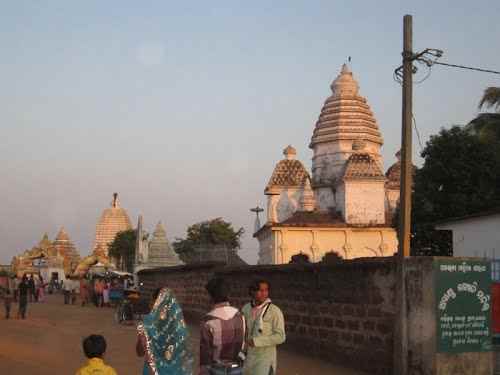 Bhuban city of Odisha is placed at around 42 km to the north from its district head quarters - Dhenkanal and almost 79 km to the south from the state capital - Bhubaneswar. The boundaries of this city are linked with the borders of Kamakhyanagar Tehsil to the west, Danagadi Tehsil to the north, Sukinda Tehsil to the east and Gondia Tehsil to the south. Besides that, the city of Bhuban is also bounded by several cities like Cuttack (51 km), Jajapur (59 km), Khordha (73 km) and Byasanagar (35 km). The climate conditions of Bhuban are belonged to tropical climate in which summers have more rain than the winters. It maintains an average annual temperature of 26.8°C with a middling precipitation of 1517 in a year. The month of May is the hottest of the year with an average temperature of around 32.0°C while the month of December enjoys the lowest temperature with around 20.8 °C. The inhabitants of this region enjoy maximum rainfall in July month when it falls at an average of 337 mm. On the other hand, the minimum rain falls in December with just a standard of 5 mm.

The Notified Area Committee (NAC) city of Dhenkanal District, Bhuban has the total population of 22,200 in which 11,545 are males and 10,655 are females. Children, who are under the age category of 0-6, are living in this city with the total numbers of 2270 which is 10.23% of the final estimation. As far as caste factor is concerned, Bhuban has the Schedule Caste (SC) and Schedule Tribe (ST) population of 13.59% and 1.26% of its total population, respectively. Moreover, the city is comprised of 6,672 people who are the working individuals of which 6,261 are males while 411 are females. All these demographic data of Bhuban city are based on the reports released by 2011 Indian Census. It also revealed the average literacy rate of this region i.e. 83.56% which is higher than the state average of 72.87%. The male literacy here is 89.75% and the female literacy is 76.84%.

One of the salient features of Bhuban is its cultural diversity. Talking about the festivals, Khudurukuni, Laxmi Puja, Dussehra, Bali Jatra, Hingula Jatra, Kali Puja and many more are celebrated here with much fun and fare. Of these festivals, Dussehra or Vijayadashami is solemnized by the inhabitants in a special way. On this occasion, they used to decorate bullocks through colourful saddles, furs, beads and ornaments. As per the tradition, the bullocks are taken to worship at Gramadevi, the village Goddess, before given them extreme care. Once the prayer ends, they are further taken to a procession with blowing local music. The celebrated occasions of Bali Jatra and Hingula Jatra are also solemnized with great enthusiasm and dedication. Bali Jatra is celebrated a day before Kartik Poornima at the Shiva Temple called Brudheswar Temple situated on the banks of River Brahmani. On this occasion, people used to take an early morning bath in the river and pray in front of Shiva Lingam, which is prepared through sand. Hence, this festival is also known as the Festival of Sand. Hingula Jatra is celebrated in the month of April or during Chatra Poornima.

To cater to the health requirements of the people sufficient amount of healthcare centers and facilities are very important. Government of Odisha has made proper arrangements about the availability of healthcare services in Bhuban, Dhenkanal District. It boasts of a government hospital in which treatments are provided by the well-skilled team of doctors and well-modernized medical equipments. Almost all kinds of medical problems are being cured at this hospital. Apart from this hospital, there are few private clinics, animal hospitals, dispensaries and nursing homes located at different localities of Bhuban.

The inhabitants of Bhuban enjoys presence of post offices in their region. It is mainly a sub office of its Dhenkanal Head Office. It works as per the rules and regulations of India Post and hence, it is entitled to provide all types of postal services to the people. The post office in Bhuban comes under Dhenkanal Division of Sambalpur Region, Orissa Circle. Below is the complete information of this post office:

If postal services form an important part into public utility services of a city, then the banking services are equally essential for its development. By looking at this necessity of the people, some nationalized and private banks of the country have established their branches at Bhuban city of Dhenkanal District, Odisha. These banks offer all kinds of banking facilities such as account opening, fixed deposits, ATM and various types of loans. Given below is the name and important information of various banks in Bhuban:

There are several features that make Bhuban city in Odisha more popular in its surrounding areas. Special food dishes are certainly among them. Khandu and Chhunchi Patra are the most popular dishes in Bhuban town which are specially prepared in local festivals. Especially, Chhunchi Patra is a sweet dish that is very popular on the festivals. It is prepared through the mixture of coconut grinding, maida flour and rice. Apart from that, there many restaurants in Bhuban in which one can taste such delicious local food dishes along with some national and international cuisines. Few of them can be named as Hotel Rainbow, Hotel Satabee and Hotel Jasmine. At these dining places, you can taste food with affordable prices besides excellent facilities.


Bhuban at a glance

Comments / Discussion Board - About Bhuban